Company H, 22nd US Infantry Regiment, in the trenches of the south lines of Manila, April 15, 1899. A week later, the unit was attached to Lawton's expedition to capture San Isidro. 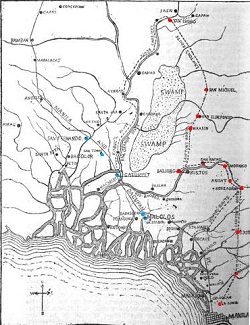 As soon as General Lawton returned to Manila from his Laguna expedition on April 17, General Otis ordered the second concerted move northward. This time General Lawton was to proceed northward to the east of General MacArthur's column, forming a junction with MacArthur's troops at San Miguel de Mayumo in Bulacan Province, to the north of the main Filipino forces, when an attack could be made on all sides at once.

From there, they would move on to San Isidro. [MAP: RED DOTS MARK LAWTON'S STOPS, BLUE MACARTHUR'S]

On April 22, Lawtons expedition left La Loma, near Manila, on the same day that MacArthur took up the advance northward from Malolos up the Manila-Dagupan railroad.

Lawton's first objective was to join the 2nd Oregon Volunteers in the town of Norzagaray, Bulacan Province, 25 miles (40 km) from Manila. Little  resistance was met along the way, but the difficult terrain and inaccurate  Spanish maps bogged them down. The roads marked on the maps were mere trails or did not exist. It took them four days to meet the 2nd Oregon. 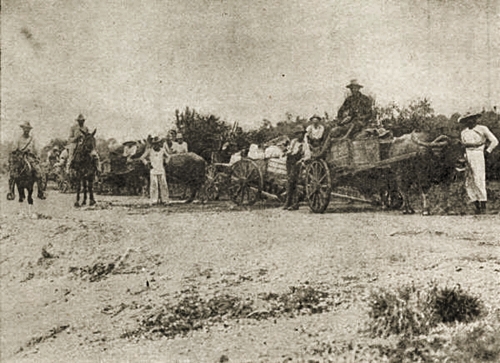 General Lawton's "Bull Train" with provisions halted on the road for rest, 1899

Throughout the next several days as Lawtons expedition moved toward San Miguel de Mayumo, they would run into the occasional skirmish, but the Filipinos would quickly retreat. Terrain turned out to be the most formidable enemy. With the lack of good roads, General Otis was concerned about command and control. Rivers, swamps, heat, and sickness bogged down MacArthur's 2nd Division to the west. 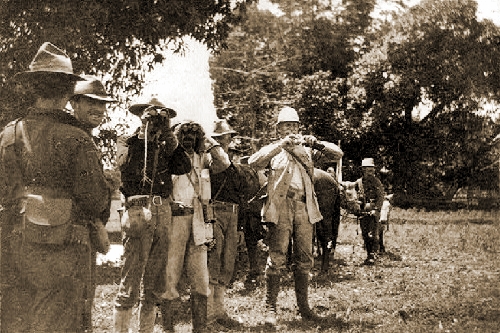 On May 2, Lawton drove the Filipinos out of Baliuag, Bulacan Province. He was ordered to halt there, since Otis heard rumors of a Filipino army moving on his right flank. 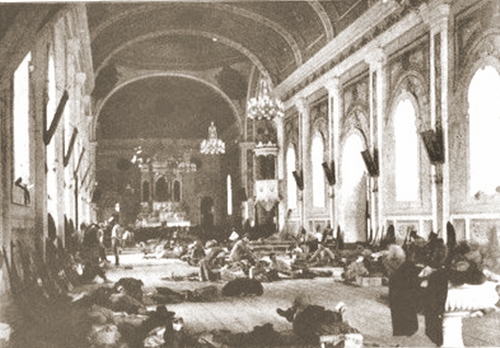 Church at Baliuag used for quarters by Lawton's expedition. Photo taken in May 1899.

Although Lawton requested to move onward to San Miguel de Mayumo, noting the lack of "effective resistance", he was to remain at Baliuag until May 15.

The Church of San Agustin and plaza at Baliuag. Photo was taken in 1897.

On May 6, he gave verbal permission to the residents of Baliuag to hold a meeting in the plaza, for the purpose of electing a Capitan Municipal, or mayor, to administer the civil affairs of the town and represent its interest in connection with the American forces occupying it. The result of this election was announced in the following orders, which were published in English, Spanish, and Tagalog:

This was the first election held in the Philippines under American supervision. 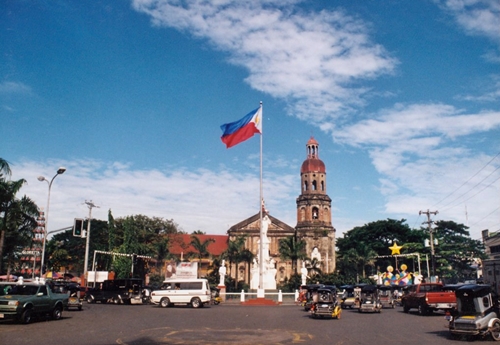 The Church of San Agustin and plaza at Baliuag today. 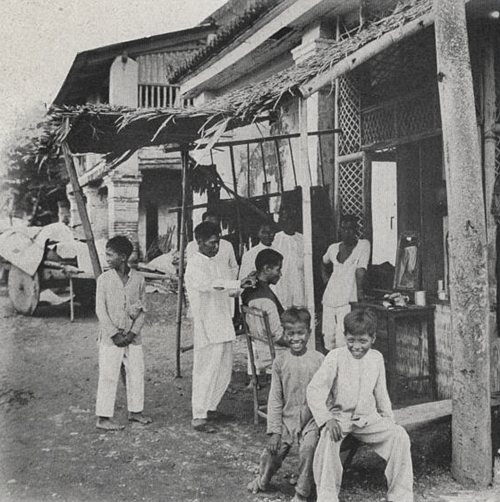 A barber at Baliuag, Bulacan Province, 1899. 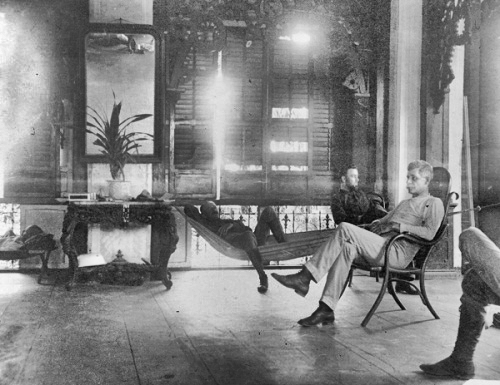 Maj. Gen. Henry W. Lawton and staff resting at his headquarters in Baliuag, Bulacan Province, May 1899.

While at Baliuag, Lawton asked William H. Young, a civilian adventurer from Connecticut, and his detachment of 25 specially qualified enlisted men, known as Young's Scouts, to reconnoiter the country around San Miguel de Mayumo and San Ildefonso (also in Bulacan Province). These towns controlled the approaches to San Isidro. Sixteen of the scouts were from the 1st North Dakota Volunteer Infantry, 6 from the 2nd Oregon Volunteers and 3 from the 4th U.S. Cavalry. 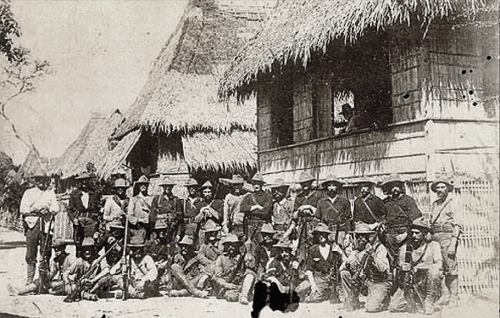 On May 12, Young's Scouts reconnoitered the town of San Ildefonso. They dislodged about 30 Filipinos from their outpost on a hill. When the Filipinos discovered the small force opposing them, they attempted to retake the hill. The arrival of American reinforcements forced them to withdraw north toward San Miguel de Mayumo. Twenty-five Filipinos were killed, including a captain and a lieutenant.

On May 13, Young's Scouts moved on to San Miguel de Mayumo for reconnaissance. They approached a Filipino trench line defending a bridge over the river leading to the town. When the scouts were spotted, they decided to rush the trench. The Filipinos retreated to the town with the scouts in hot pursuit. A battle ensued for four hours until an American relief forced the Filipinos to fall back. William H. Young was wounded, but he died three days later. Filipino casualties were unknown. 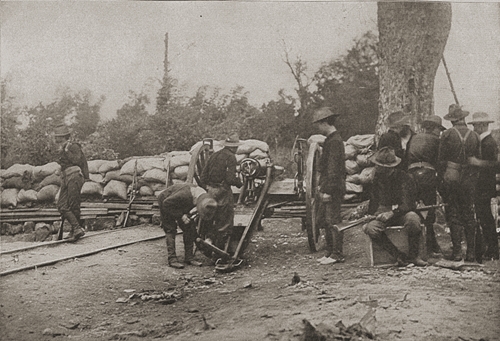 MacArthurs 2nd Division (4,800 men) got as far north as San Fernando in Pampanga Province, about 45 miles (72 km) north of Manila on the main railway line. However, it was unable to meet Lawton at San Miguel de Mayumo; nearly half of the troops were sick or worn out and needed to recuperate.  MacArthur also reported that General Antonio Luna was in his immediate front with 2,500 men, and had 1,000 more about five miles (8 km) northeast of San Fernando. Between San Fernando and Baliuag where Lawton was stationed MacArthur thought there were some 10,000 Filipino soldiers. Otis could not spare any fresh troops to relieve or reinforce the 2nd Division; therefore, he directed MacArthur to hold on to San Fernando with what force he had, operating against and holding Luna as best he could.

At any rate, Otis permitted Lawton to advance on San Isidro. 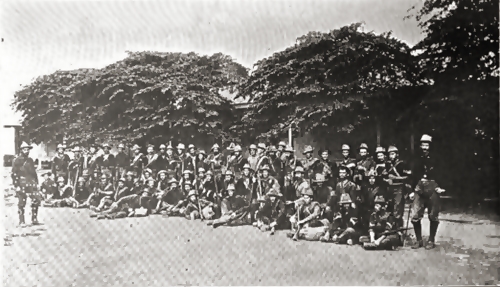 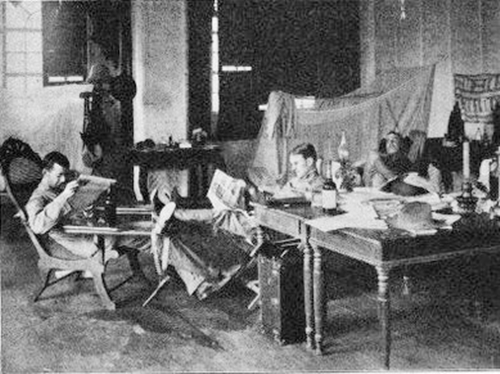 Lawton's staff relaxing at their headquarters in Baliuag, Bulacan Province, May 1899.

On May 16, from Baliuag, Lawton ordered Thornton to try and locate Filipinos blocking the road to San Isidro. As the 23 scouts approached a wooden bridge on the Cabon River about 3 miles (5 km) south of San Isidro, they discovered a Filipino entrenchment  on the opposite side. When the Filipinos spotted the scouts, they set fire to the bridge. Trying to save the bridge, Thornton and two scouts ran across the burning bridge. The other 20 scouts waded across the river while steadily firing on the Filipinos. The Filipinos took off and the bridge was saved. A scout, Pvt. James Harrington, and 6 Filipinos were killed. 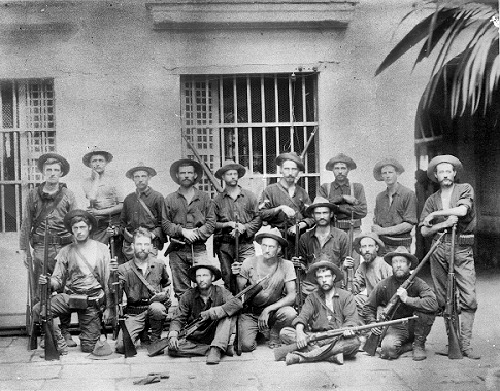 Young's Scouts at Manila. Photo was taken in late May 1899.

For their actions on May 13 and 16, Medals of Honor were awarded to 13 members of the Young's Scouts.

Third US Infantry marching on to San Isidro, May 1899; two Chinese litter-bearers employed by the Americans are included in the photo.

Colonel Summers formed an advance guard; it consisted of a 3-gun section (Scott's Battery) of  Utah Light Artillery Battery  B, Troop I of the 4th Cavalry, elements of the 22nd, 1st North Dakota, and 2nd Oregon infantry regiments, and Young's Scouts.

On May 17, at about 4 o'clock A. M., Colonel Summers (RIGHT) and the advance guard left San Miguel de Mayumo,  arriving at 6 A. M. just north of the bridge to San Isidro.

The Americans moved toward the town, and when within about 1,800 yards of it, the Filipinos, estimated to number 2,000, opened fire. The Filipinos withdrew when the Americans turned their right flank.

The advance guard went on to occupy San Isidro. Two Americans were wounded; 15 Filipinos were killed and 3 captured.

Contemporary photo of house used as headquarters by Emilio Aguinaldo at San Isidro. The owner was Crispulo Sideco, also known as "Kapitang Pulong". It is now occupied by a Christian organization. [Photo taken on March 11, 2010 by Shubert Ciencia]. 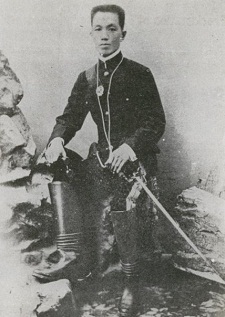 Several Spaniards who claimed to have been held prisoners by the Filipinos were found in the town, among them 3 officers, who were later returned to Manila.

After the capture of San Isidro, President McKinley sent the following dispatch to Major-General Otis: 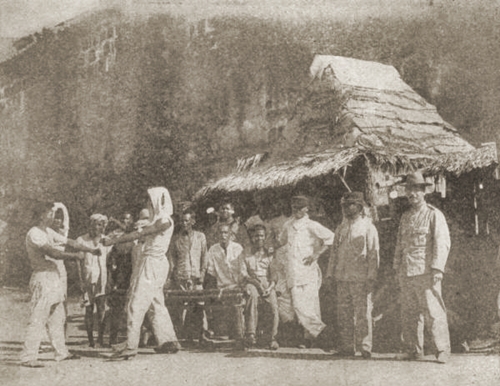 After San Isidro fell, Lawton was eager to press ontoTarlac. On May 17th, he wired headquarters that his provisions could be made to hold out until the 30th. He was well supplied with ammunition. Nevertheless he was ordered to fall back.

In the interim, an arrangement was made for the entry of a Filipino Peace Commission; it was composed of Gen. Gregorlo del Pllar, Capt. Lorenzo Zialcita, Alberto Barretto and Gracio Gonzaga, who desired to go to Manila for a conference with the Schurman Commission and with a view to the termination of hostilities.

Gen. Gregorio del Pilar and other Filipino Peace Commissioners at San Isidro, May 18-19, 1899. Source: The Lopez of Balayan History Museum

They came within the American lines on May 18th, and the next morning started for Manila, accompanied by 2Lt. Edward L. King of the 8th Cavalry.

As soon as Lawton began a retrograde movement, the scattered Filipino forces reassembled and attacked his columns as they withdrew through Cabiao, Arayat, and Candaba. 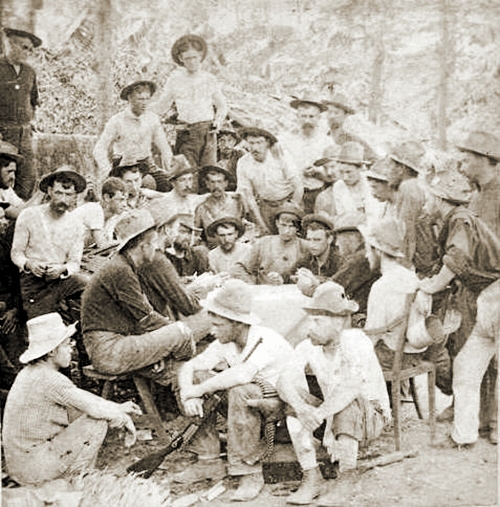 A permanent garrison was left at Baliuag. The proximity of the rainy season had been cited as a reason for the abandonment of the forward movement. 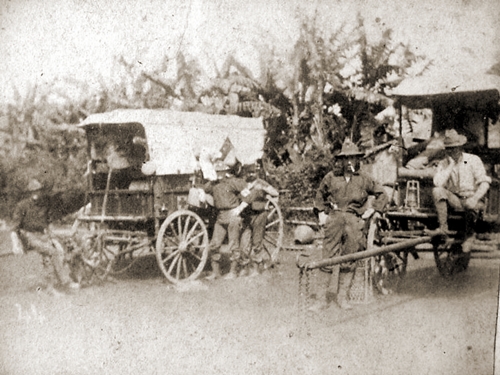 General Otis knew that rains made the muddy roads virtually impassable for re-supply wagons. He feared that Lawton might get isolated and his forces cut to pieces by the surrounding Filipinos. 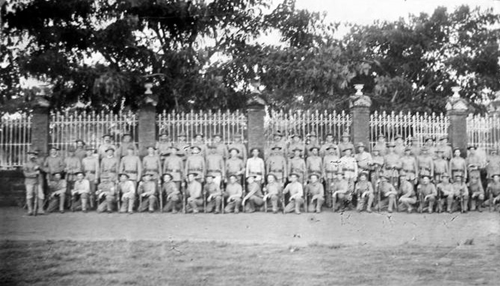