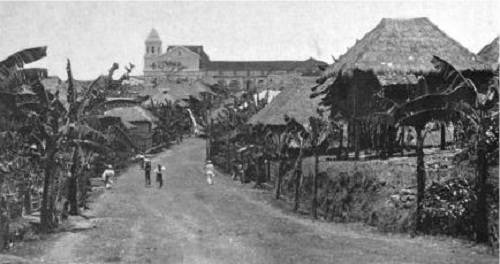 While the Americans pursued Emilio Aguinaldo in the north, they also moved against his forces operating from the mountain town of Antipolo (ABOVE, 1898 photo), Morong Province, 26 kms (16 miles) east of Manila.

June 3, 1899: Americans battling Filipinos at the base of the mountains leading to Antipolo

On June 3, 1899, Brig. Gen. Robert H. Hall, in command of 2,500 troops, went after General Pio del Pilar who was entrenched in the approaches to Antipolo. 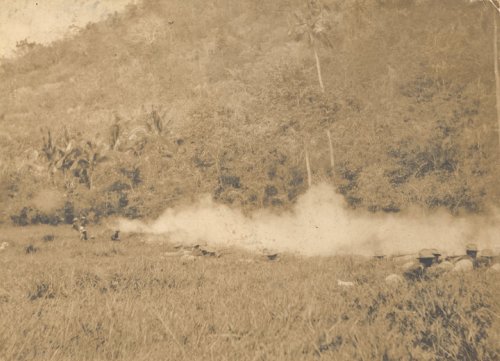 The rough terrain and the heat caused Hall's column to move slowly. It met with stout  resistance from a scattered force of 300 at the base of the mountains; 2 Americans were killed and 9 wounded. Filipino losses were unknown. 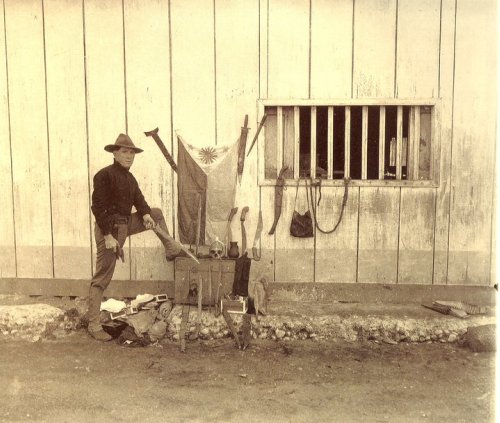 The Americans entered Antipolo the following day at about 10:00 a.m.. The town was deserted; the Filipinos had moved to Tanay, Morong Province. In the church was found about 1,000 Mauser cartridges, 2,500 Remington cartridges and a small number of 3.2 inch shells and improvised canisters of the same caliber. All these were thrown into a well. 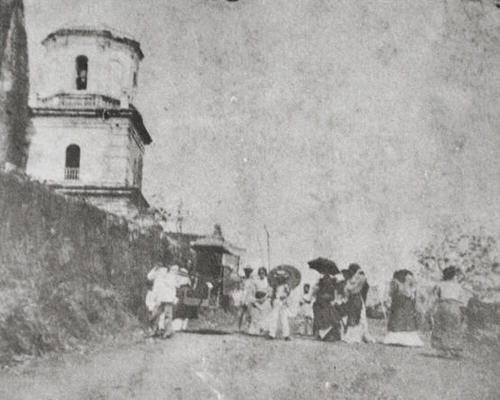 [ The shrine of Mary as "Lady of Peace and Good Voyage" in the church has for centuries attracted pilgrims from all over the country, particularly those intending to travel, work overseas and, beginning in the 20th century, those who have bought new motor vehicles. This belief in the good luck bestowed by the Nuestra Senora De la Paz Y Buen Viaje has its roots in the Manila-Acapulco (Mexico) Galleon Trade of 1565-1815 when the Marian statue accompanied and supposedly protected ships from bad weather, pirates and the Dutch and British blockades ].