After an extended period of comparative quiet due to the continual heavy rains, General MacArthur began his advance north from San Fernando. He ordered Lt. Col. Jacob H. Smith to press 10 miles northward along the railroad. 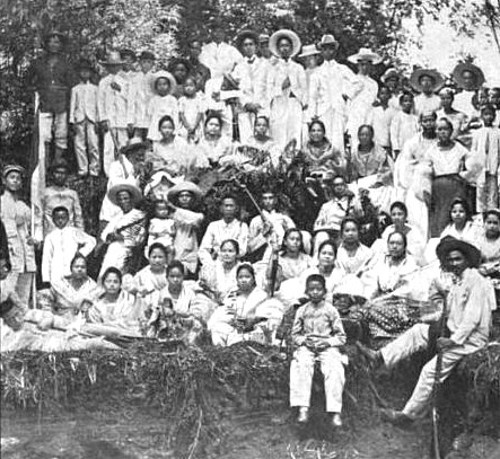 The objective was Angeles, the largest town and an important crossroads in Pampanga Province, where the Americans hoped to catch up with and capture Pres. Emilio Aguinaldo. They were too late; Aguinaldo had left for Tarlac  Province 25 days earlier, on The Filipinos, estimated to number 2,500, were led by Gen. Venancio Concepcion (RIGHT).

The first shots were fired at 7:20 a.m. when the Americans encountered a Filipino outpost. The main battle opened at 10:30 a.m. The Filipinos were entrenched in the bamboo thickets which skirted the southern edge of Angeles. They faced the open ricefields over which the Americans had to pass. The engagement continued for 30 minutes, when the Filipino fire somewhat slackened as the result of the artillery fire and the steady volleys of the advancing 12th Infantry. The Filipinos finally withdrew at 11:30 a.m. They took up positions on the northern banks of the Abacan River, at Mabalacat town, Pampanga Province.

The Americans lost 2 men killed and 12 wounded. They reported that Filipino casualties aggregated over 200. In addition, they captured 3 locomotives, 25 cars, and a large quantity of unhulled rice. The historic Pamintuan residence, used as headquarters by the 12th U.S. Infantry Regiment and afterwards by the 1st U.S. Division. The house was previously the head- quarters of General Venancio Concepcion, General Antonio Luna and official residence of President Emilio Aguinaldo from May 1899 to June 1899. During the Second World War, it was commandeered for quarters by Japanese occupation soldiers. [PHOTO was taken on Aug. 18, 1899].

The Americans made Angeles the base of their operations to the north. But monsoon  rains, which made roads virtually impassable, forced them to tarry in the town for several months. While the Americans waited out the rainy season, they built up their forces at Angeles, San Fernando, Bacolor, Santa Rita and Guagua. 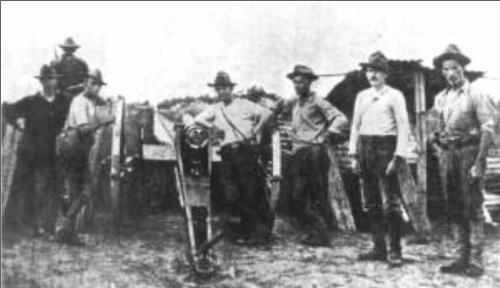 By the end of  October, their strength had reached 7,016 men.

Company A, 12th US Infantry Regiment, on the skirmish line at Angeles, 1899.

Soldiers of the 24th US Infantry Regiment on the firing line at Angeles, 1899.

They were continually harassed by the Filipinos from Aug. 17, 1899. 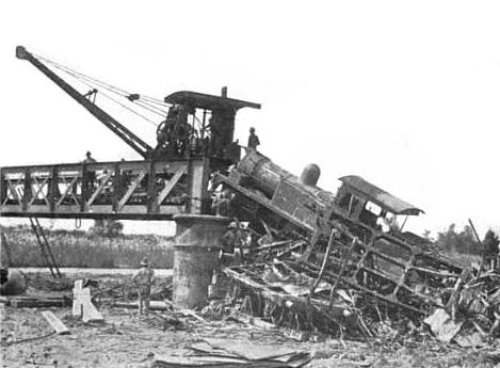 Americans raising a locomotive wrecked by the Filipinos near Angeles. [PHOTO was taken in 1899].

The Filipinos, estimated to number about 15,000, occupied a line extending from Porac to Magalang, the center of which was placed in front of Mabalacat. This line was defended by a well-organized division under Gen. Venancio Concepcion, consisting of 4 brigades. At Porac, the brigades were commanded by Generals Tomas Mascardo, Luciano San Miguel, Maximino Hizon, and Servillano Aquino. 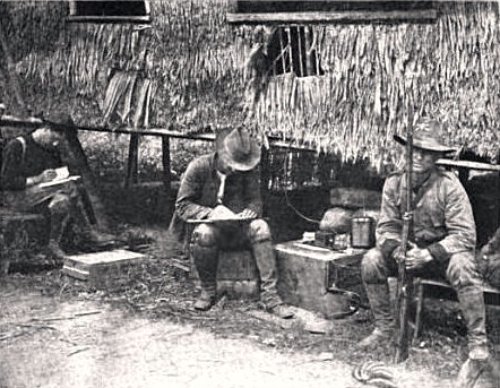 On Nov. 2, 1899, when the rains finally let up, the Americans stormed the Porac-Mabalacat-Magalang line. Three days later, the line had been effectively broken. 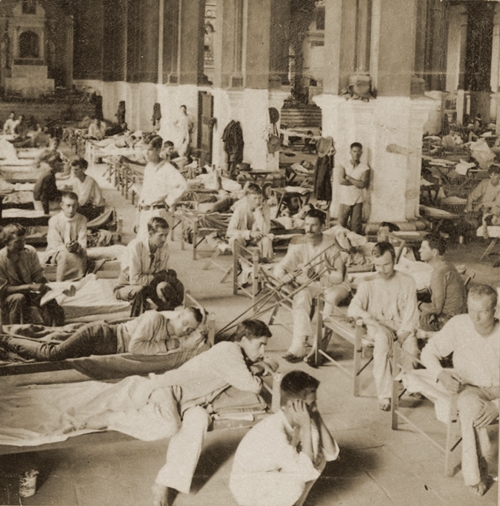