May 22-23, 1899: Filipinos negotiate with the Schurman Commission May 22-23, 1899:   The Filipinos conferred with the U.S. First Philippine Commission, also known as the Schurman Commission, at the house occupied by the Americans at Malate district, Manila. The armistice sought by the Filipinos was rejected. The American panel insisted on the recognition of United States sovereignty which the Filipinos understood to mean the unconditional surrender of the Filipino army. 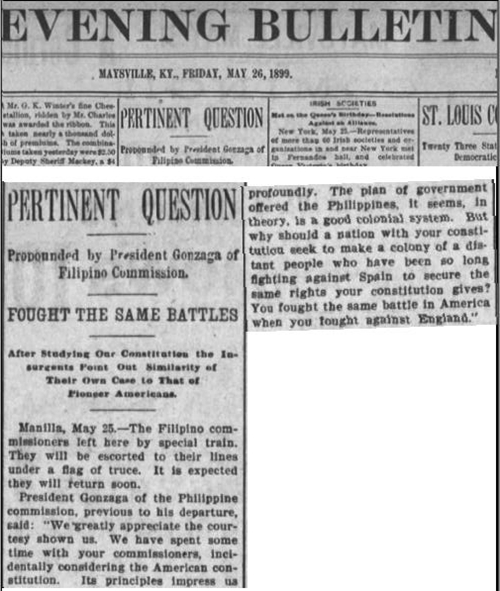 Ten days later, on June 2, Pedro Paterno, the head of Aguinaldo's cabinet,  issued a manifesto recognizing the futility of the peace efforts with the Americans and exhorted all Filipinos to continue the struggle: "To war, then, beloved brothers, to war."

House occupied by the US First Philippine Commission (aka Schurman Commission) at Malate district, Manila. Photo was taken in 1900.