When the Filipino-American war broke out and Aguinaldo's government became disorganized, the paralytic Apolinario Mabini, who headed Aguinaldo's cabinet until May 7, 1899, when he was replaced by Pedro Paterno, fled to Cuyapo, Nueva Ecija Province, carried in a hammock. He was captured there by the Americans and Macabebe Scouts on Dec. 10, 1899. 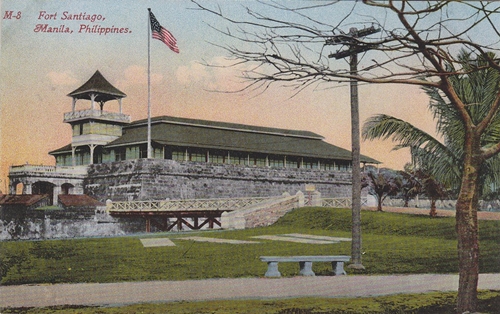 He was imprisoned in Fort Santiago (ABOVE) from Dec. 11, 1899 to Sept. 23, 1900. He continued agitating for Philippine independence after his release. He rejected offers to serve in the colonial government, and also refused to take the oath of allegiance to the American flag. He resided in a small nipa house in Nagtahan, Manila, earning his living by writing for the local newspapers.

On Jan. 16, 1901, he was deported to Guam, together with other Filipino patriots. When queried by the U.S. senate on why the paralytic had to be removed from the Philippines, Brig. Gen. Arthur C. MacArthur, Jr., cabled: "Mabini deported: a most active agitator; persistently and defiantly refusing amnesty, and maintaining correspondence with insurgents in the field while living in Manila, Luzon, under the protection of the United States; also, for offensive statement in regard to recent proclamation enforcing the laws of war. His deportation absolutely essential." 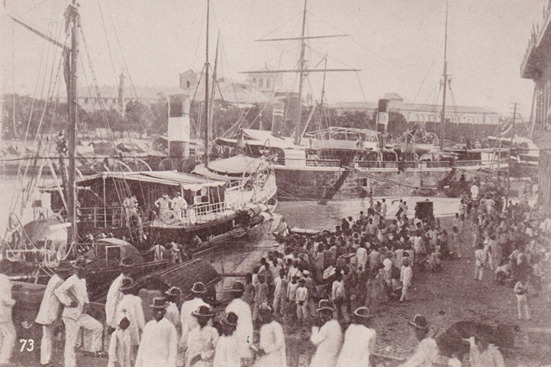 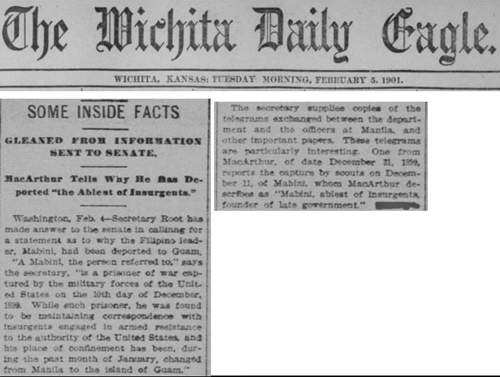 His exile in Guam afforded Mabini the time to write his memoirs, La Revolucion Filipina. 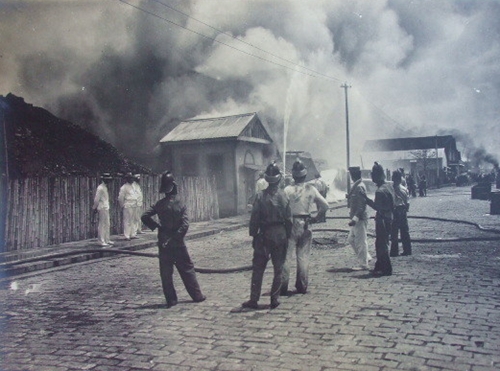 Meanwhile, in March, 1902, a ship from Hongkong arrived in Manila carrying cholera. Soon after, the first cases of cholera surfaced. This first wave of infection lasted until February 1903. 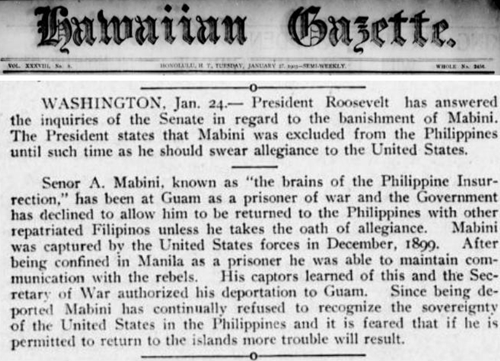 In Guam, Mabini's failing health filled him with concern that he might die on foreign soil. He then decided to take the oath of allegiance to the United States - a condition for his return to the Philippines. 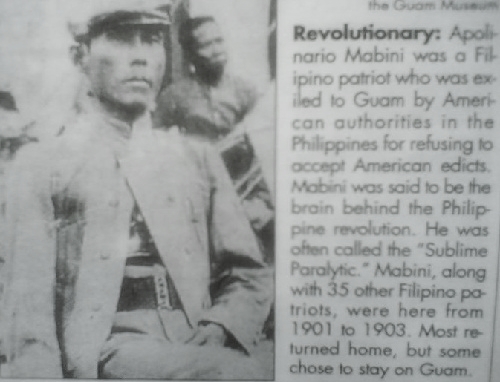 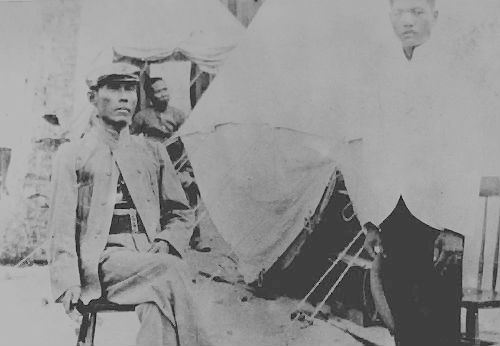 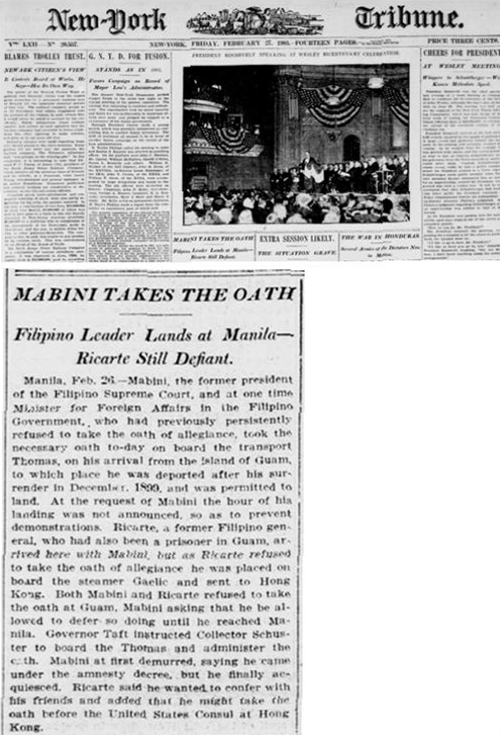 Mabini was taken to Manila from Guam on the U.S. transport Thomas on Feb. 26, 1903, and took the oath before the Collector of Customs.

The second wave of the cholera epidemic struck in May of that year. Mabini, who had returned to his nipa house in Nagtahan, Manila (ABOVE), contracted the disease, after consuming large amounts of unpasteurized carabao's milk.