Fifty-three Spanish soldiers and 4 officers staked out at the Baler Church, Baler, Nueva Ecija Province,  from June 28, 1898 to June 2, 1899 (Baler is now the capital town of Aurora Province; it is 140 miles, about 225 kilometers, due north of Manila, but on the eastern or Pacific side of Luzon Island).

Not knowing that the Spanish-American War had ended on Aug 13, 1898, that Spain  ceded the Philippines to the US on Dec 10, 1898, and that the Filipinos were now battling the Americans, they held on, fighting the Filipinos and resisting several demands for surrender. They fought despite hunger, illnesses, and desertion from among their ranks. 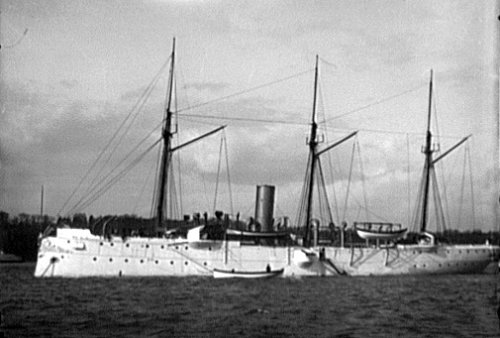 On April 12, 1899, the gunboat USS Yorktown, under the command of Commander Charles Sperry, arrived at Baler Bay, for the purpose of taking the besieged Spanish troops back to Manila. Sperry sent a cutter, with 14 men under the command of Lt. Commander James C. Gillmore, to ascertain whether there was a sufficient depth of water to enable the Yorktown to enter the mouth of the Kinalapan- Pingit River. Gillmore and his crew took soundings of the water depth, but for no apparent reason, they went upriver. 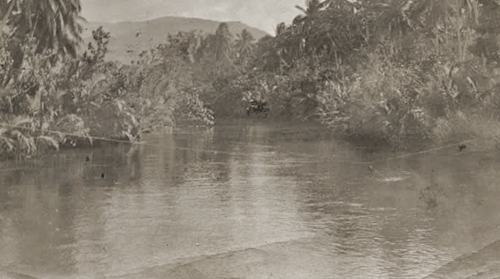 The mouth of the Kinalapan- Pingit River; about a half-mile (1 km) upriver,  Lt. Commander Gilmore and his landing party were ambushed and  captured by the Filipinos.

The cutter was ambushed  by the Filipinos; 4 of the Americans died and the 11 survivors captured.  The prisoners were marched to town and kept there for three days then taken to San Isidro, Nueva Ecija Province. From Nueva Ecija they were taken further north to the Ilocos region. The captors then deserted the prisoners. 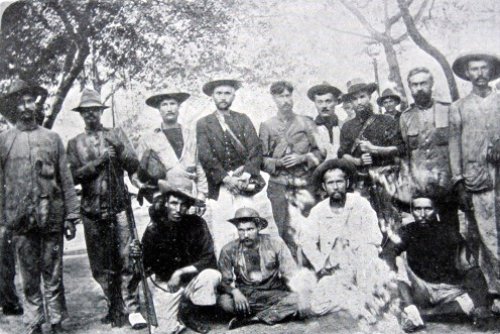 In making their last stand the Spanish holdouts made Baler the last Spanish outpost in Luzon. When finally convinced that the war was over, they gave up and the 35 men who survived the siege were greeted by the Filipinos with shouts of "Amigos! Amigos!"

President Emilio Aguinaldo had magnanimously decreed that the Spanish holdouts be treated not as enemies but as honored friends. They were given safe-conduct to Manila. The Spanish contingent left Manila on July 20, 1899, reaching Barcelona, Spain, on Sept. 1 that year. The Los Ultimos de Filipinas, as how they were called, were received as heroes. Of the 57 men who entered the church of Baler on June 27, 1898, 35 survived the 337-day siege; 19 men died, 15 from diseases. Only 2 men died from wounds, the only battle casualties. Two men ---Antonio Menache Sanchez and Vicente Gonzalez Toca---were imprisoned at the baptistry of the church for helping in the desertion of Alcaide, and executed on orders of Spanish Lt. Saturnino Martin Cerezo (LEFT) on June 1, 1899, the day before the surrender. 1904:  A magazine in Spain features the last Spanish holdouts at Baler. 1904:  A Spanish magazine features the repatriation of the remains of Spanish soldiers who died at Baler. Baler Church in 1939 after undergoing renovation