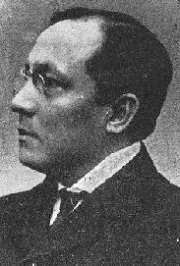 Agoncillo (LEFT) and Felix Roxas (RIGHT) went to Paris and tried to represent the Filipinos in the negotiations, but they were excluded from the sessions as Aguinaldo's declaration of Philippine independence on June 12, 1898 was not recognized by the family of nations.

The snub irked Filipino leaders, whose troops effectively controlled the entire archipelago except Muslim areas in and the capital city of .

Tension and ill feelings were growing between American and Filipino troops in Manila and the suburbs. In addition to Manila, Iloilo, the main port on the island of Panay, also was a pressure point. The Revolutionary Government of the Visayas was proclaimed there on Nov. 17, 1898, and an American force stood poised to capture the city. Upon the announcement of the treaty, the radicals, Apolinario Mabini and General Antonio Luna, prepared for war, and provisional articles were added to the constitution giving President Aguinaldo dictatorial powers in times of emergency.

On the Treaty of Paris was signed, thus ending the Spanish-American War. Spain ceded Diego de los Ríos, the last Spanish Governor-General of the Philippines. He became the governor on Aug. 13, 1898, with the capital at Iloilo on Panay Island, after Governor-General Fermin Jaudenes surrendered at Manila. His term ended on Dec. 10, 1898 when the Treaty of Paris was signed.